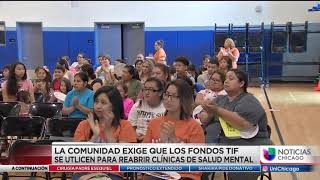 An activist coalition led by Black Lives Matter on Tuesday pressed its case for major changes to the consent decree outlining the terms of federal court oversight over the Chicago Police Department. “If the city refuses to include these demands in the decree, this most recent effort to address police violence and racism could fail like every effort that has come before it,” Jonathon Projansky of Black Lives Matter Chicago, told a City Hall news conference outside the mayor’s

A Spotlight on Housing Services

The Importance of Sharing Your Story #DREAMActNow

Why I'm fighting for a clean DREAM Act #DREAMActNow

My Journey to Freedom: How Community Organizing Changed My Life